Warning: The magic method Gallery_Img::__wakeup() must have public visibility in /home/foundati/public_html/wp-content/plugins/gallery-images/gallery-images.php on line 97
 Effects of Agriculture on the Industrial Revolution – Foundations of Western Culture:


How did changes in agriculture help bring about the industrial revolution?

Before the Industrial Revolution, agriculture workers labored six days a week, from sun up to sun down, just to keep their crops growing.1 Certain seasons were more demanding than others, specifically the plowing and harvest seasons.2 Because of the intensity and necessity of agricultural labor, it was the largest employment source in Europe.3 Men, women and children worked side by side to feed the country. Often if the father was a farm owner and worker, his entire family labored alongside him. Working in agriculture was not just a job it but often a lifestyle for families.4

Though the labor was difficult, agricultural work became the largest source of employment because of the ‘self-supply’ benefit, which is the ability to stock their own food stores through their own work. Another attractive aspect was the constant high demand of their products.5 The ever rising demand for food provided farming families with a fairly steady income, although there were exceptions because of the uncertainty of crop success.

Though there were many contributing aspects to the Agricultural Revolution,the innovations and inventions were one of the largest factors that helped bring about the Industrial Revolutions. This page will focus specifically on five major inventors whose inventions allowed for more people to move to the city for industrial work. Thus allowing the Industrial revolution to begin.

Major Contributors to the Agricultural Revolution

Use the arrows, at the top right-and-left corners to navigate through major contributors to the Agricultural Revolution. 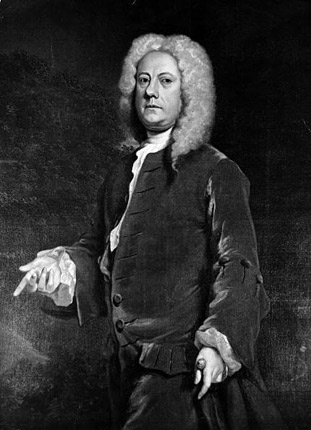 Jethro Tull contributed to the industrial revolution by innovating new machines to greatly increase agricultural productivity.9 Tull realized the importance of well cultivated soil and accessing the minerals below the topsoil. His two major inventions are the seed drill and the horse hoe, which are both used to get the seeds into the richer soil below the surface.
View More

“The Seed Drill” The Industrial Revolution

The seed drill was a major innovation that was able to plant seeds in the earth instead of on the surface which would cause the seeds to be blown away or eaten by animals. This innovation greatly increased crop yields simply by inserting the seeds into the ground. The next invention was the horse hoe. This allowed much faster planting by having a horse pull a plow which is much faster than the previous handheld hoe. This process changed the farming progress, as well as alleviating the work from farmers. 10 Both of these major innovations helped in overall agricultural productivity.
View More 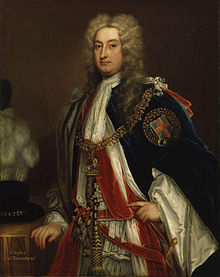 Lord Charles Townshend (picture to the right) was both a British Politician and a farmer. Townshend, as a farmer, became known as “Turnip Townshend” because he successfully introduced a new method of crop rotation on his farms in 1730.11 The process he introduced was called the “four-year crop rotation.” This consisted of dividing the fields up into four different types of produce, with wheat in the first, clover in the second, oats or barley in the third and turnips or swedes in the fourth. Clover and turnips grown in a field after wheat, barley or oats, naturally replaced nutrients into the soil. Using this system allowed none of the fields being needed to be taken out use while they recovered.12
View More 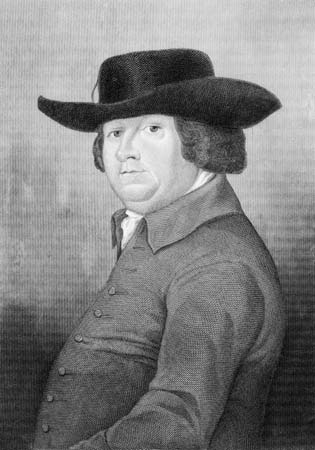 Robert Bakewell (pictured to the left) was a British Agriculturalist from 1725- 1795. He revolutionized sheep and cattle by inventing inbreeding, the modification of traits that the animal has, and culling, getting rid of traits that were unneeded, while traveling through England and Europe. Bakewell was one of the first farmers to use both sheep and cattle for the main purpose of producing meat and not for wool or for work. Inbreeding helped create new traits that were wanted by farmers at that time and diminished traits that were unwanted in the newly formed animals. He created the Leicestershire longhorn cattle that was made to produce good meat. Also, inbreeding created the Leicester sheep which has long layers of wool but was produced for its high quality, fatty meat. Other animals that he bred were the Shire horses and small white pigs. The Bakewell’s way of inbreeding is still being used in farming today.13
View More 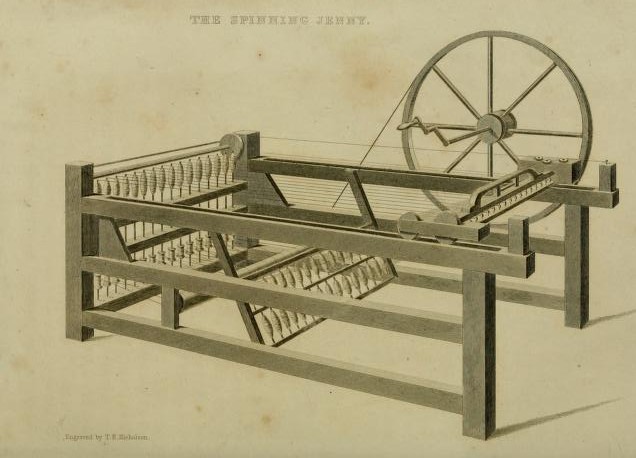 James Hargreaves was an English inventor that created the first practical multiple thread spinning machine.14 This machine was invented in 1764 and called the Spinning Jenny. With eight spindles this machine instantly increased the amount a worker could produce eightfold. This machine was very easy to operate and was often used by unskilled workers and children. People were very intimidated by the productivity of this new machine due to the fact that it could easily replace them. This caused the spinners to band together and attack Hargreaves house and destroy 20 of his new machines.15 This attempt did not stop the use of this new innovation and it went on to greatly increase the productivity in this industry.
View More 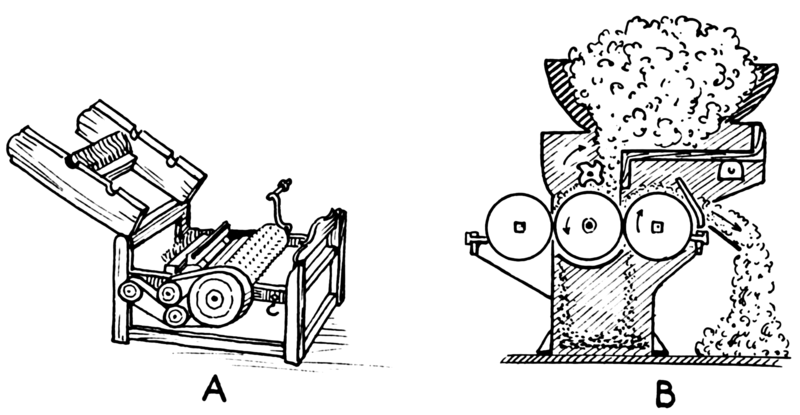 Eli Whitney another inventor born in America in 1765, made another key invention of the industrial revolution, the cotton gin (picture to the right) which was invented in 1794. A cotton gin is a machine that quickly separates cotton fibers from their seeds. The invention of the cotton gin allowed for much greater productivity than manual labor, resulting in this invention greatly increasing the production rate for clothing and other cotton goods. Despite the cotton gins success, Whitney made little money from his invention due to patent-infringement issues. For his work, he is credited as a pioneer of American manufacturing.16
View More

For a primary source on the inventions and innovations that lead to the Agricultural Revolution, as well as normal farming practices during the 18th century, browse chapter XV in The complete English farmer, or, A practical system of husbandry .17 To answer the following questions:

Which hoe is little known but a very useful invention? And what does the author greatly disapprove of?

Thanks for responding! We appriciate your participation

An interactive section to test understanding of inventors and inventions.

What was the main reason for the decline in needed agricultural workers?

Which inventor introduced the Four-year crop rotation to Britain?

Innovations and Inventions were the only factor that drove the Agricultural Revolution.

Although the Agricultural Revolution had many positive impacts, there were also negative aspects as well. For starters the number of new inventions and methods of production that the Agricultural Revolution brought meant that changes would be made in organization, management, finance, marketing, and transportation in order for these new techniques to become more effective. Another negative that came from the Agricultural Revolution was the necessary conditions needed for efficient farming, such as; adequate farm buildings, access of roads, drainage of wetlands, transport facilities for marketing, and sources of finance for farmers.These were negative effects seen across Europe by many who joined in the Revolution. Some examples of negatives specific to the inventors mentioned in this page can be seen in both Bakewell’s and Townshend’s inventions. Robert Bakewell’s inbreeding methods had many failed “improved breeds” in his process, possibly as many failed breeds as there were successful breeds. At the same time, Lord Townshend introduced the turnip crop, which is  highly susceptible to failure because of the heavy labor requirements for its success.18

In this section, compare the agriculture from before the the revolution and what agriculture was like after the revolution.  The questions are listed below.  All of the answers can be found throughout the previous reading.

Which of the people or  inventions discussed above do you think contributed the most and ultimately brought about the industrial revolution? Why?

Interesting choice! Thank you for responding

The Industrial Revolution was made possible due to the many changes and innovations in the agriculture industry. Major Contributors such as Jethro Tull and Lord Townshend found innovative ways to utilize the land and animals alongside new agricultural machines from Inventors, Robert Bakewell and James Hargreaves.19 Processes like Lord Townshend’s crop rotation and Bakewell’s inbreeding methods allowed for increase in food production; further with all the extra crops, inventions such as the ‘Spinning Jenny’ and the Cotton Gin allowed for the replacement of agricultural workers because machines could do more of the work.20 With a rising population and a large, cheap available work force the Industrial Revolution was made possible. Fewer men were involved in agriculture, which meant that more would find employment in other industries further driving the Industrial Revolution. Though the many inventions and inventors contributed to further drive the Agricultural Revolution, it is also not limited to these factors alone; many other influences helped drive the agricultural revolution, and ultimately the Industrial Revolution.